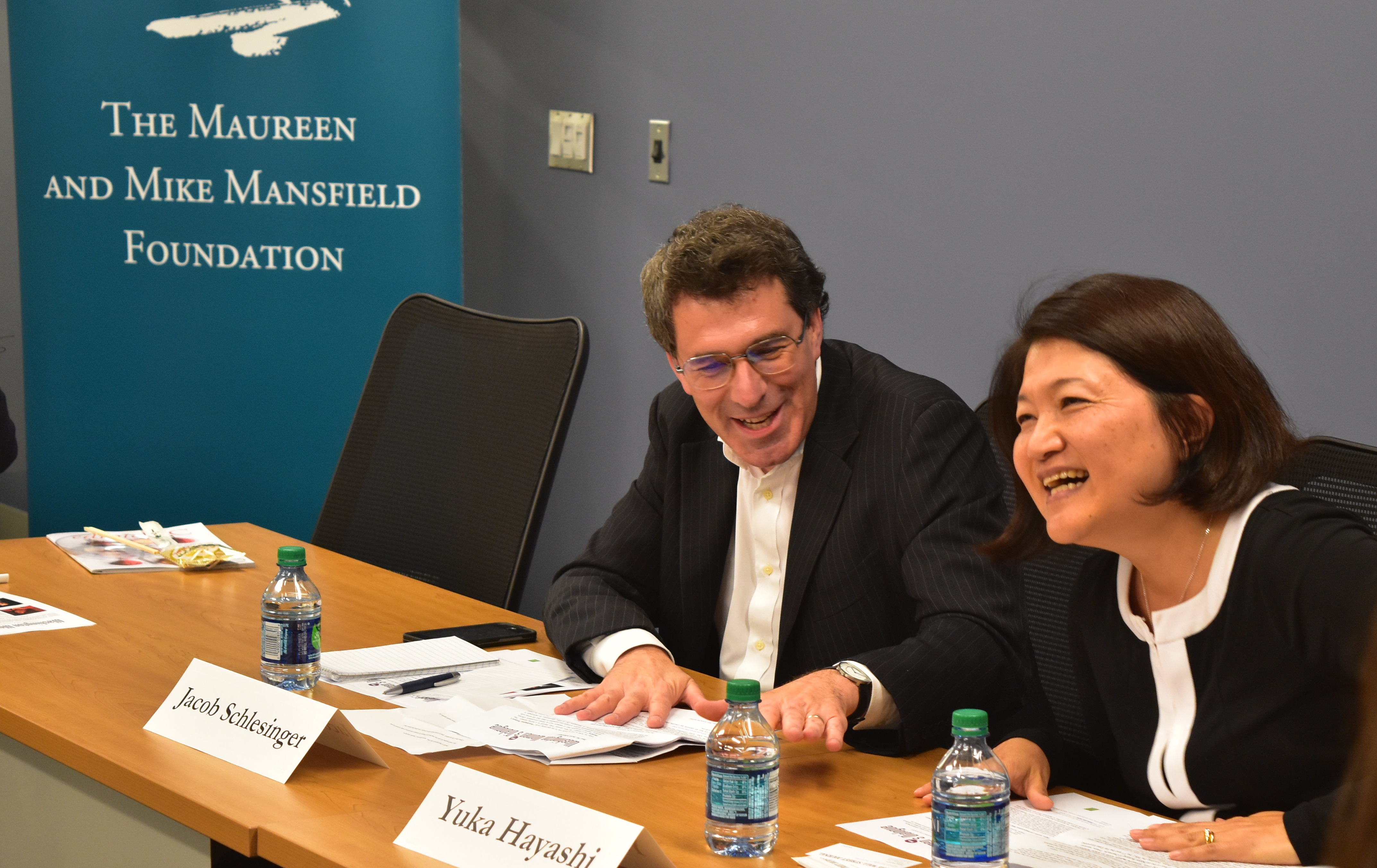 At the 12th WWD, we welcomed Ms. Yuka Hayashi and Mr. Jacob Schelsinger of Wall Street Journal, who have been actively covering Asia and Japan both in Tokyo and Washington, D.C. in various aspects of financial policies, political situations, and foreign relations. Yuka recently moved back in Washington, D.C., and had previously spent some years as deputy Tokyo bureau chief. Jake also has in-depth knowledge about Asia and Japan as he had stationed in Tokyo as bureau chief, and published “Shadow Shoguns: The Rise and Fall of Japan’s Postwar Political Machine” in 1997.  They have shared with us their life stories as journalists and paths to establishing their own career.